The website is not fully translated yet. New articles are added daily.

(for emergency calls only)

The answer to this question is clear and at one word! YES!

Leptospirosis, as I have previously explained is a very dangerous "ZOONOSIS" and Human cases have been reported in many developed and developing countries all over the world. Greece, is sadly one of the countries where Leptospirosis is diagnosed quite often in Human as well as Veterinary medicine. According to the research and statistics of HCDCP (Hellenic Centre for Disease Control and Prevention) the reported cases of Leptospirosis per year, have reached the number of 20! ( in 2014, there were 24 cases reported).

Leptospirosis is considered as the zoonosis with the highest geographical spread, universally!

In theory, all the serotypes of the Leptospira species could potentially affect Humans. Leptospira Icterohaemorrhagiae, is considered the most dangerous serotype for Humans.

Disease transmission in humans can be DIRECT or INDIRECT:

♦DIRECT transmission and entrance of Leptospira in the Human body can happen either through mucous membranes (Mouth,Nose, Eyes), or through skin abrasions. Most often, after direct contact with INFECTED animal urine or INFECTED animal tissues. Wild rodents (rats and mice ) is the most common and known so far carrier of Leptospira species in the environment.

♦INDIRECT transmission and entrance of Leptospira in the Human body can still happen through the same routes, but only after contact with INFECTED by animal urine environment! (polluted waters, food, soil etc.)

The indirect transmission of the disease is more dangerous and "silent" , simply because it's not very often that someone would think the possibility of getting infected by something as serious as Leptospirosis while:

-Drinking water from a source of unknown clarity.

-Swimming in a lake.

-Eating fresh fruit and greens from their garden. 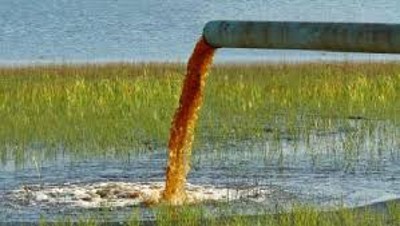 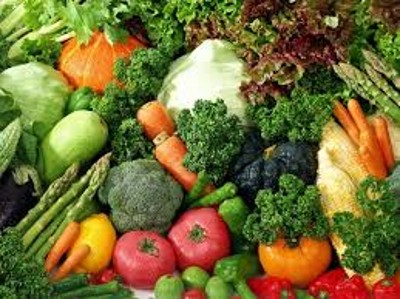 After entering the body, the microorganism of Leptospira is transported via blood stream to many tissues and organs, with the kidneys, liver, brain tissue and eyes being the main targets.

High risk groups of people are those who either through work or recreational activities are exposed to the dagner of contracting Leptospira microorganisms.

and generally anyone who could potentially have either DIRECT or INDIRECT contact with infected animals (especially wild rodents) and infected enviornments.

Recreational activities that include contact with polluted waters and soil (water sports, swimming in lakes/rivers, fishing, muddy sports) can also increase the risk of exposure to the disease.

◊The fact that Leptospirosis can affect humans is clear, known and confirmed.

◊The knowledge that wild rodents(rats and mice) are the major source of direct or indirect transmission of the disease is also confirmed.

What the scientists are still investigating is the role of domestic dogs and cats in the transmission of the disease to humans.

In order to avoid misapprehensions and panic attacks among dog and cat owners, it is important to clarify the following:

The frequency of Leptospirosis transmission to humans from infected dogs and cats, is not known yet!

All the facts so far are based on comparison studies and research between animals (dogs) and humans in close contact and under the same invironmental conditions. In other words, cases of Human and Animal Leptospirosis are being studied together and at the same time, in order to draw statistic results and conclusions regarding the rates of Human infections from infected or carrier dogs. Until today (2015), these results show that the percentage of Human infection from infected dogs is not high and this could be due to the shorter elimination time of the microbe through the canine urine compared to rodent's. Others, believe that the use of appropriate antibiotics in infected dogs reduces the elimination of the microorganism in the environment and this could be the major reason for the low chance of transmission of the disease between dogs and humans. There is still a lot of work and research to be done in this field.

IT IS IMPORTANT TO UNDERLINE THE NEED FOR PREVENTATIVE MEASURES TAKEN BY HUMANS IN CLOSE CONTACT WITH INFECTED OR SUSPECTED DOGS.

Veterinarians all over the world play an important role in educating and informing pet onwers, whether they own an infected animal or not. It is important to educate the owners regarding the importance of yearly booster vaccinations for their pets and in cases of high risk groups these vaccinations should be given twice a year.

The veterinarian who cares for the health and welfare of your pet, as well as yours, will advise you to seek Medical care in case of the disease being diagnosed in your pet. This is the advice that YOU HAVE TO FOLLOW! You must tell your family doctor the truth regarding your pet's condition and discuss your suspiscions if any, regarding your exposure to the infecting microorganism and the possible source of infection if existing in your environment.

♦Even if a dog is not responsible for the transmission of the disease in Humans, it is only common sense to think that if your dog contracted the disease in the envirnoment where you both live and interact, it is possible that you contract it too!

♦If a domestic animal got infected from Leptospirosis, it is very possible that the same animal as well as its owner gets infected again in the future from the same source.

♦In other words: Most domestic dogs live in close contact with Humans and in restricted environments (houses, backyards,balconies,etc), they walk in certain areas ( parks etc) and they visit mostly the same places everyday. Leptospirosis is not a "strange" disease! It doesn't come from contact with extraterrestrial beings. It is a real, existing danger and it lives near us!

YOU WILL NOT CONTRACT THE DISEASE WHILE CUDDLING YOUR SICK PET OR GIVING IT ITS' MEDICATION.

♥LEPTOSPIROSIS LIVES WHERE YOUR DOG CONTRACTED IT!

Therefore, and for those who are reassured by unsubstantial researches or statistics or "specialists" who claim that Leptospirosis cannot be transmitted to humans from dogs, I can only reply that I am one of the thousands around the world veterinarians who wish that this was true ( a vet runs a high risk chance of getting infected everytime he or she comes into contact with an infected animal). But we have to have the common sense to think and realize that:

♥ LEPTOSPIROSIS "MET" MY DOG IN THE SAME ENVIRONMENT WHERE I ENJOY WALKING, SWIMMING ,PLAYING WITH MY BELOVED PET. I AM AT RISK OF CONTRACTING THE DISEASE TOO!!!! 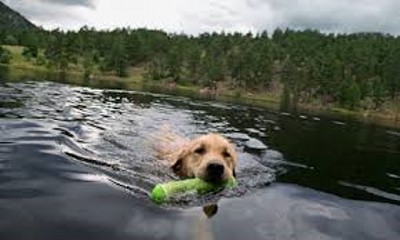 Global research confirms the above statement.(Brod et.al.2015): antibodies against canine serotypes where found in Humans.This finding proves the possible role of canine species as a carrier of human Leptospirosis.

The transmission of the disease between humans is extremely rare and it can happen through sexual intercourse or breast feeding.

Until today (2015), a Human vaccine against Leptospirosis is not available in Greece. This vaccine (against certain serotypes depending on the geographical area) exists in Cuba, France, China and Russia and is only available to high risk groups of people.

Scientists all over the world talk about Leptospirosis and consider it a dangerous, arising threat. They express their concerns regarding the need for new diagnostic methods and tests for this disease, as well new methods of prevention. They underline the importance of professionals reporting cases of Leptospirosis in humans and animals all over the world, in order to study the epidemiology of the disease and protect Public Health!Ι

14.WHAT IS THE CLINICAL PRESENTATION OF HUMANS AFFECTED BY LEPTOSPIROSIS?