The website is not fully translated yet. New articles are added daily.

(for emergency calls only)

The successful story of "DUKE"! 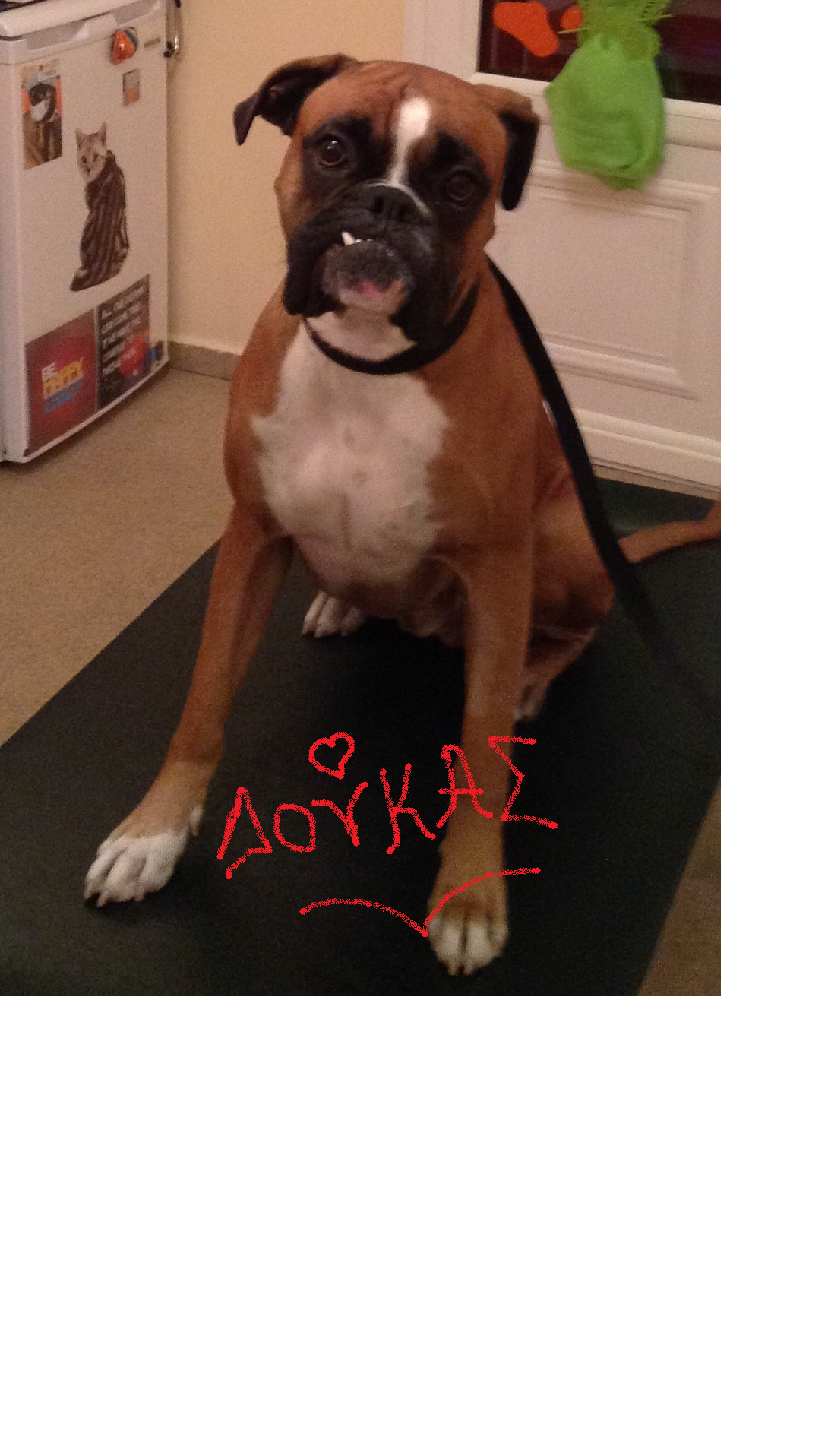 "DUKE", managed to scare us all just before Christmas proving once more that playing with a "lovely" Christmas gift can sometimes end up tragically.................... inside the operating theatre of a veterinary clinic. 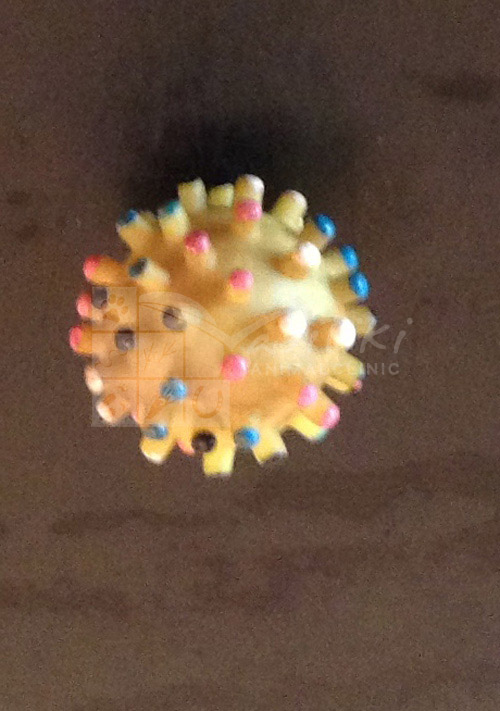 Small plastic balls is one of the most popular toys for dogs!

"BOXERS" have a great love for their toys and most Boxer onwers are very well aware of this. 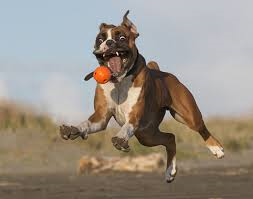 So, our little and lovely friend DUKE, excited about his brand new toy and while he was playing with it, he had a little "accident"!

But DUKE was very lucky! His owner was there playing with him when the accident happened and he saw his dog swallowing the toy!

Of course it was a shock for him !

DUKE, himself, didn't quite understand what happened and why his owner got a panic attack.

He just got very upset, because his new toy.....dissapeared!

DUKE was transferred to our practice immediately before developing any signs of gastrointestinal obstruction and this was probably one of the easiest cases of foreign body ingestion we have dealt with so far. The owner had witnessed the ingestion of the foreign body and there was no doubt at all!

In the case of a plastic foreign body inside the gastrointestinal tract, where the xrays wouldn't easily be diagnostic, the owner's statement is of vital improtance for the patient.

DUKE was transferred into theatre immediately.

We performed an exploratory laparotomy (we opened up his belly!) to discover the toy inside Duke's stomach. After performing a "generous" gastrotomy (surgical opening was made in the stomach), we managed to remove the "big" plastic ball. 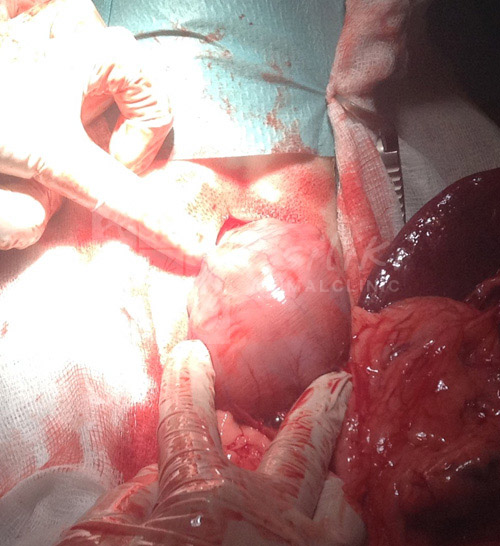 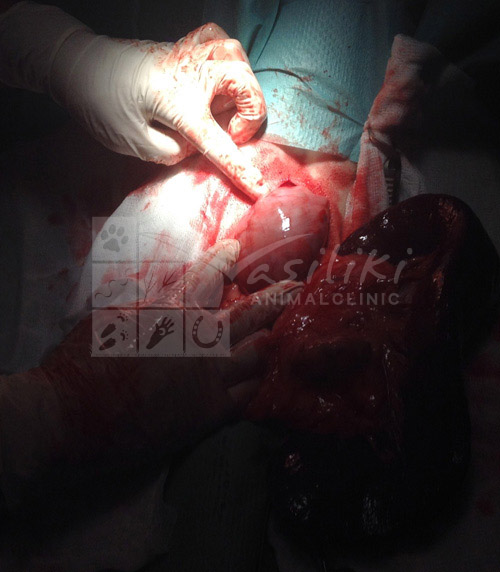 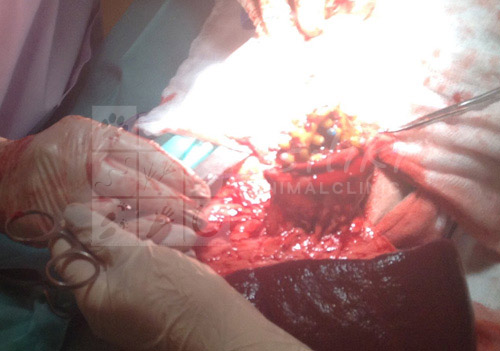 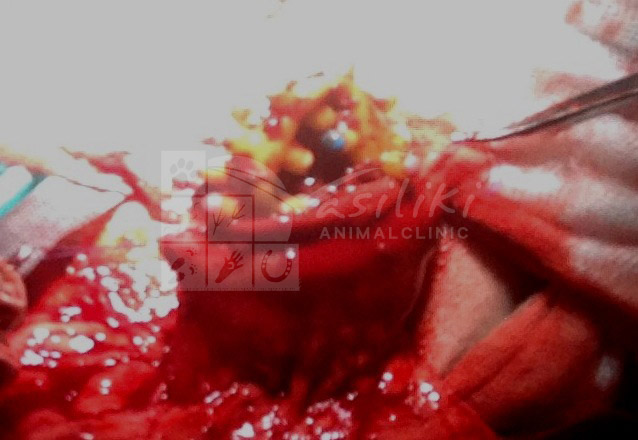 In this particular case of foreign body inside the stomach, the rough surface of the toy made the retrieval challenging!

But we made it!

Duke recovered fast and successfully after the procedure and his first thought after he returned home was to look for his Christmas gift!

Duke's case is a typical incident of foreign body ingestion, one of the many we have already published on our website. It gives us the opportunity though, to repeat some important advice as to avoid this type of accident:

1. Always make sure that the toys you give to your pets are of appropriate size compared to the size of the dog's mouth!

A small toy can be swallowed easily, especially by a big dog, although this is not always the case! *We refer to the case of "HLEKTRA", another friend of ours who broke the records of foreign body ingestions!

2.If your dog swallows a foreign body and you are lucky enough to be there, do NOT delay contacting you Vet and under no circumstances do you try to deal with the situation at home, inducing a dog to vomit! Inducing vomiting can be detrimental in certain cases such as : big and/or sharp foreign bodies, where aggressive attempts of retreival can cause serious damage or even death!

3.Always help your Vet in reaching a diagnosis by reporting every single detail or suspiscion you may have of your pet having swallowed a foreign body.

Duke has now fully recovered and is back to his normal and .......naughty self!

He wishes as all Merry Christmas and a very Happy New Year with less accidents for our little four legged friends!